You are here: Home / Blog / How to remove fake followers on Twitter without blocking them 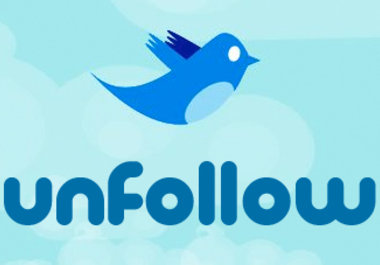 There are times when someone is following you on Twitter and you are pretty sure that he or she has just a fake Twitter account. Managing Twitter followers can be quite a task especially when your see many dubious accounts, some random account with less than 3 tweets overall in their account with junk followers who seem unrelated.

Just look at their following vs. followers list and you’ll be able to easily understand their credibility in Twitter. They can be easily removed on Twitter in a manual process – I personally see this to be a better way of doing – unless of course you have 100s and 1000s of followers who have followed you using a bot, in which case you can use unfollow Twitter tools and apps like Twitblock.org or Tweepi.com to unfollow them or remove those inactive followers on Twitter accounts from your followers list. These accounts are mostly spam followers on Twitter who randomly follow accounts and then unfollow after a week or two. Let’s now see a simple way to remove or delete a follower on Twitter if you see that the account holder doesn’t contribute much or is having just an egghead or a fake Twitter account.

This is going to be the best way (manual way) on how to Unfollow on Twitter especially to remove fake Twitter followers :

Here’s how to remove fake followers on Twitter from your Android mobile app:

1. Go the person’s account and block by hitting on the gear icon
2. Unblock the person
Game over!

Here are some more related resources which you might find useful:

1. If you are of the geek types, you can check this website – it uses a browser script to find fake and spammy followers on Twitter. Be extra careful with this if you don’t know what you are doing.

2. An in-depth article on removing fake followers on Twitter if you are interesting in knowing this a little more deeper.

3. How to send Tweets that are longer than 140 characters.

6. 59 Free Twitter tools and Apps to fit any need.

8. 21 Twitter tools that every power user must know of

Do you know of any other way to remove bulk followers on Twitter? Please let me know through your comments below.